In 1853 the young Johannes Brahms met the already successful Clara and Robert Schumann, they appreciated each other artistically and an intense friendship developed. Hayden Chisholm and Gareth Lubbe have also known each other for many years, on their common path they found musical friends who complemented each other, crossed paths and thus opened surprising ways and new artistic possibilities. Since 2009, the two friends and kindred spirits have been programming and organizing the PLUSHMUSIC Festival at LOFT, and for this IX edition they continue to build bridges from classical music to free improvised music, jazz and world music
In April 2018, the 3-day festival took place for the last time under the motto VIII: Trending East. After a 4-year break, the LOFT will now open its doors again in the last days of April 2022 under the motto “die IX. Brücke” the doors will open again for a selection of unique artists. You can expect three evenings “among friends” from then and now, filled with top-class chamber music full of pulsating vibrations and musical stories.

In September 2014 Johanna Borchert’s first song album FM Biography was released – BR5 declared it a “masterpiece of quiet tones“, the Hamburger Abendblatt called the record “epochal” and the Süddeutsche Zeitung heard “a new sound cosmos full of harmoniously balanced contrasts.” April 2022 will now see the release of her latest work Amniotic, a concept album created during her second pregnancy. Nine songs over nine months in the womb of the mother: “as if by itself, thoughts on the subject emerged from the creative subconscious and song lyrics bubbled up.” The result was a collection of intense songs and atmospheric improvisations that sonically revolve around the mystery of life before, during and immediately after birth. Johanna presents Amniotic live at the PLUSHMUSIC festival at LOFT on Thursday, April 28.

In April 1990, Dutch cellist Ernst Reijseger played his first concert at LOFT together with Georg Graewe and Gerry Hemingway: what an experience to hear and see him, and what a unique career he has had – even then an internationally renowned musician. He has participated in over 200 CD productions, and for years he has written and performed the music for Werner Herzog’s films, whether together with the star cellist Yo-Yo Ma in the Amsterdam Concertgebouw or privately with moers Festival founder Burkhard Hennen in the courtyard in Repelen: Experiencing Ernst live is always an event you won’t soon forget, a musician who has found his very own, unmistakable language and yet is a great communicator. This way of making music is a perfect fit for PLUSHMUSIC, of course, and makes his participation in the already great string section at this festival a special highlight.
“I am a non-repertoire cellist who follows a non-traditional path. Even when I was very young, music from all over the world inspired me. I played intuitively in a way that was later called improvisation. Although I was always interested in traditional cello technique and knew the cello repertoire, I taught myself to play and compose more and more, and I’ve always collaborated with musicians who come from different traditions.” 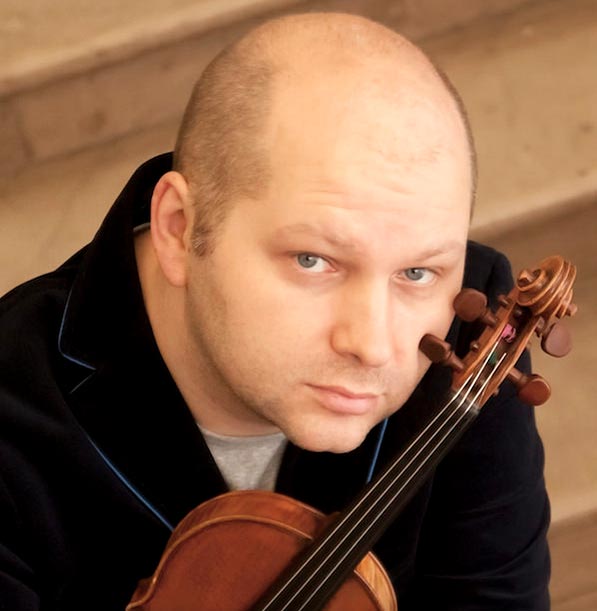 Boris Brovtsyn has established himself as one of the most profound and versatile musicians of his generation. After graduating from Moscow’s Tchaikovsky Conservatory, he made his UK debut with the BBC Philharmonics and taught at the Guildhall School of Music and Drama from 2010 to 2016. He is in demand throughout the world as both a concerto soloist and chamber musician. His repertoire includes over fifty violin concertos and hundreds of chamber works, several of which he has premiered. He is a regular guest at the chamber music series Les Grands Interpretes in Geneva and at Spectrum Concerts Berlin, where he has performed every season since 2008. His recording of Schubert and Schoenberg chamber works with Janine Jansen was awarded the ECHO Klassik, and the Brahms Clarinet Quintet with Martin Fröst was nominated for the Gramophone Award.

Susanne Szambelan made her debut at the age of 15 with the Kaunas City Symphony Orchestra, followed by numerous solo performances throughout Europe. In 2014 she moved to Berlin, where she completed her bachelor’s and master’s studies at the Hanns Eisler Academy of Music with Prof. Stephan Forck and Prof. Claudio Bohorquez with highest honors. Her great passion for chamber music led to collaborations with artistic personalities such as Daniel Hope and Noah Bendix-Balgley, and frequent performances with the Karajan Academy of the Berlin Philharmonic. Susanne has performed at festivals such as the Krzyżowa Music Festival, the Zermatt Festival, and the Santander Festival. She is currently a scholarship recipient of the Villa Musica Rheinland-Pfalz. Her solo and chamber music performances have been broadcast on ARTE Concert and Deutschlandfunk Kultur, among others. 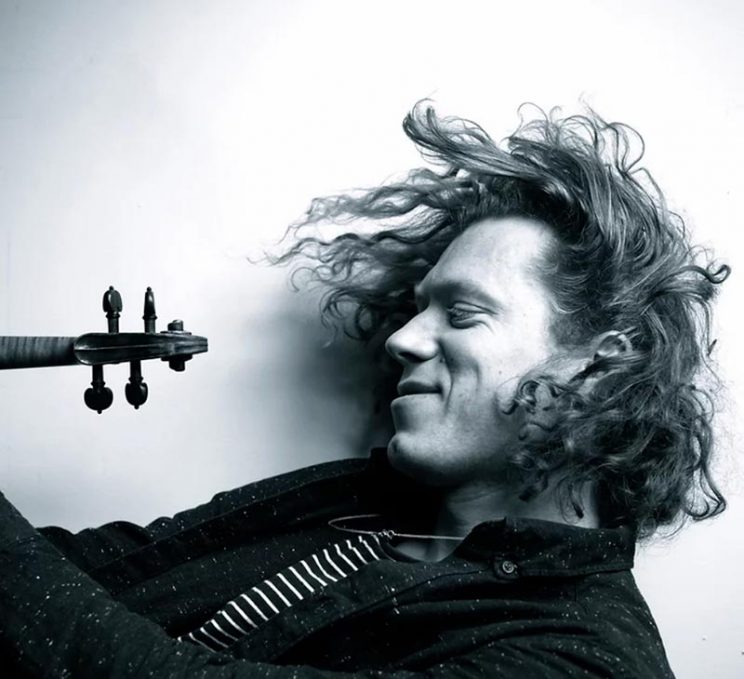 German-British violinist and violist Max Baillie is a graduate of the Yehudi Menuhin School, the University of Cambridge and the University of the Arts Berlin, and is in demand as a soloist, chamber musician and orchestra leader in Germany and abroad. His teachers include Natasha Boyarsky, Itzhak Rashkovsky and Ivry Gitlis. He has collaborated with artists such as Steve Reich, Björk, John Williams, Bobby McFerrin and many others. As a regular guest conductor of the Swiss chamber orchestra CHAARTS, he has toured Switzerland, Germany and China with artists such as Mischa Maisky and Fazil Say and has made recordings for SONY and Berlin Classics, in addition to regularly participating in chamber music festivals around the world (SoNoRo, Purbeck International Chamber Music Festival, West Wycombe Chamber Music Festival and many more). 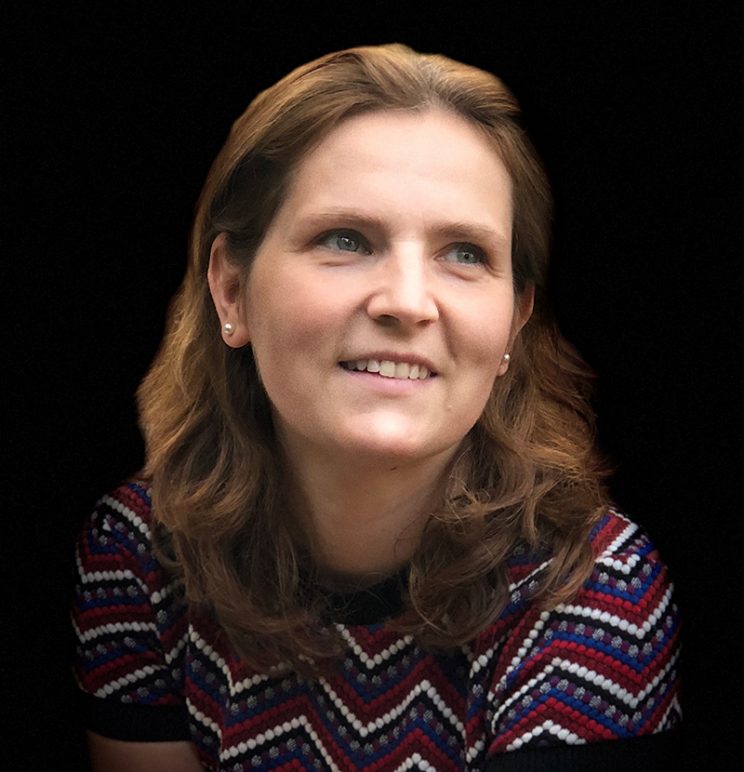 Born in Estonia, Hanna Heinmaa was awarded numerous prizes as a student, including first prize at the National Piano Competition in Estonia in 1994 and 3rd prize at the Eurovision Competition in Lisbon in 1996. From 2001-2004 she was a scholarship holder of the Live Music Now Association and in March 2004 a scholarship holder of the Ensemble Modern. She has performed throughout Europe as a soloist and chamber musician, and still performs regularly with the Ensemble Modern. Hanna is a lecturer at the Hochschule für Musik und Tanz Köln.

His technical virtuosity and characteristic interpretation of the old and new repertoire make Goran Krivokapić one of the world’s leading guitarists and chamber musicians. He won his first international guitar competition in Belgrade at the age of 14, and 18 more international prizes have followed to date. He has performed all over the world in the most prestigious venues such as the Concertgebouw in Amsterdam, the Tchaikovsky Hall in Moscow, the Palais Lubkowitz in Vienna, the Auditorio Conde Duque in Madrid and the St. Petersburg Philharmonic, including regular coverage on e.g. WDR, BBC, Hessischer Rundfunk, Bayerischer Rundfunk, SWR2, Classic FM, ABC Classic and TV Arte. He is a professor of guitar at the Cologne University of Music and Dance.

Sebastian Gramss is a bass virtuoso and composer in the fields of jazz and contemporary music. He studied at the Conservatorium van Amsterdam and at the Hochschule für Musik und Tanz Köln, and has released more than 25 CDs under his name to date. Gramss has composed for radio drama, film and theater and – among others – for choreographer Pina Bausch, and most recently with/for Ensemble Modern. He was awarded the ECHO Jazz (Instrumentalist of the Year) in 2013 and 2018, and is nominated for the German Jazz Prize, awarded for the 2nd time at the end of April 2022, as the frontrunner in a total of four categories. 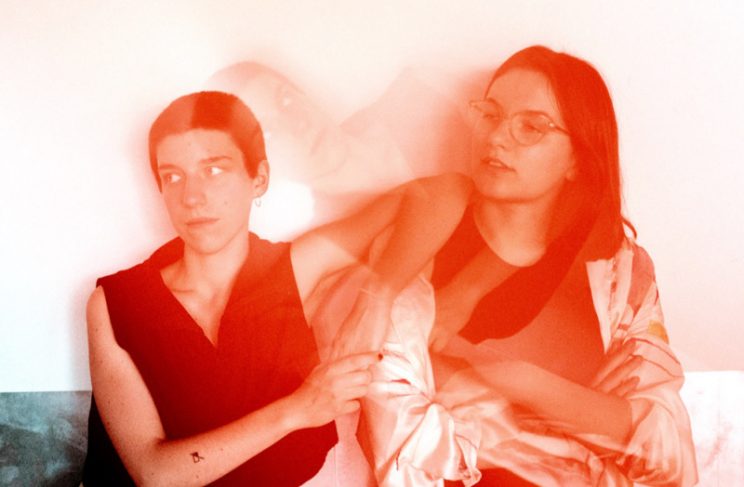 Emilia Golos & Zuza Jasińska met during their time together in Warsaw and continued their musical friendship even after they both moved to Germany. As words are an important medium for them, they usually draw on their own texts as a starting point for their mostly improvised pieces, considering the creative process and intimate conversations as an extended version of talking to each other. Zuza studies singing at the Jazz-Insitut Berlin and is part of the current line-up of the Bundesjazzorchester, Emilia studies piano at the Hochschule für Musik und Tanz Köln.

Born in South Africa, Garet Lubbe made his violin debut with orchestra in Johannesburg at the age of 9. Numerous prizes at regional and national competitions followed, and from 1995 to 2001 he studied violin at the Hochschule für Musik und Tanz Köln, accompanied by intensive chamber music studies with members of the Alban Berg Quartet. In 2006 and 2007 he was principal violist in the Royal Flemish Philharmonic Orchestra in Antwerp, followed by six years as principal violist in the Gewandhaus Orchestra in Leipzig. Since 2013 he has been professor of viola at the Folkwang University of the Arts in Essen. Gareth performs as a soloist and chamber musician throughout Europe, America and Asia. He has accepted invitations from the Mahler Chamber Orchestra as principal violist, with whom he has performed regularly and made CD recordings under conductors such as Claudio Abbado and Daniel Harding. Since 1996, Gareth Lubbe has maintained an intense collaboration with New Zealand multi-instrumentalist and composer Hayden Chisholm, with whom he has since performed in numerous parts of the world, and who has become one of his closest friends over the years.

When you run a place like the LOFT it is a wonderful experience to be able to follow and witness the careers of musicians over a long period of time. And so Hayden Chisholm has been seen and appreciated at LOFT since his first days in Cologne in 1995, when his teacher Frank Gratkowski immediately brought him to our attention. Since then he has played and organized countless concerts at LOFT (he always had a wild card here), besides his international career he always found time and had the desire to realize projects at LOFT – unforgettable e.g. his concerts Book of the dead or 100 years Bloomsday, where he proved both his talent as an excellent reciter but also as a bagpipe player. What Hayden takes in hand becomes music – whether with the Afro Lounge Brothers, with the unforgettable John Taylor or at his concert exam in the auditorium of the Academy of Music and Dance (which was like: John Cage meets Paul Desmond): always an aura surrounds him that is “out of the ordinary”. Again and again he introduced the audience to fantastic musicians, and so he was and is always invaluable for the artistic development of the program at LOFT.
Thank you Hayden!