On April 21, 2021, we placed a plaque made by us next to our showcase outside on Wissmannstraße, the text of which deals with the street’s namesake “Hermann von Wissmann”: 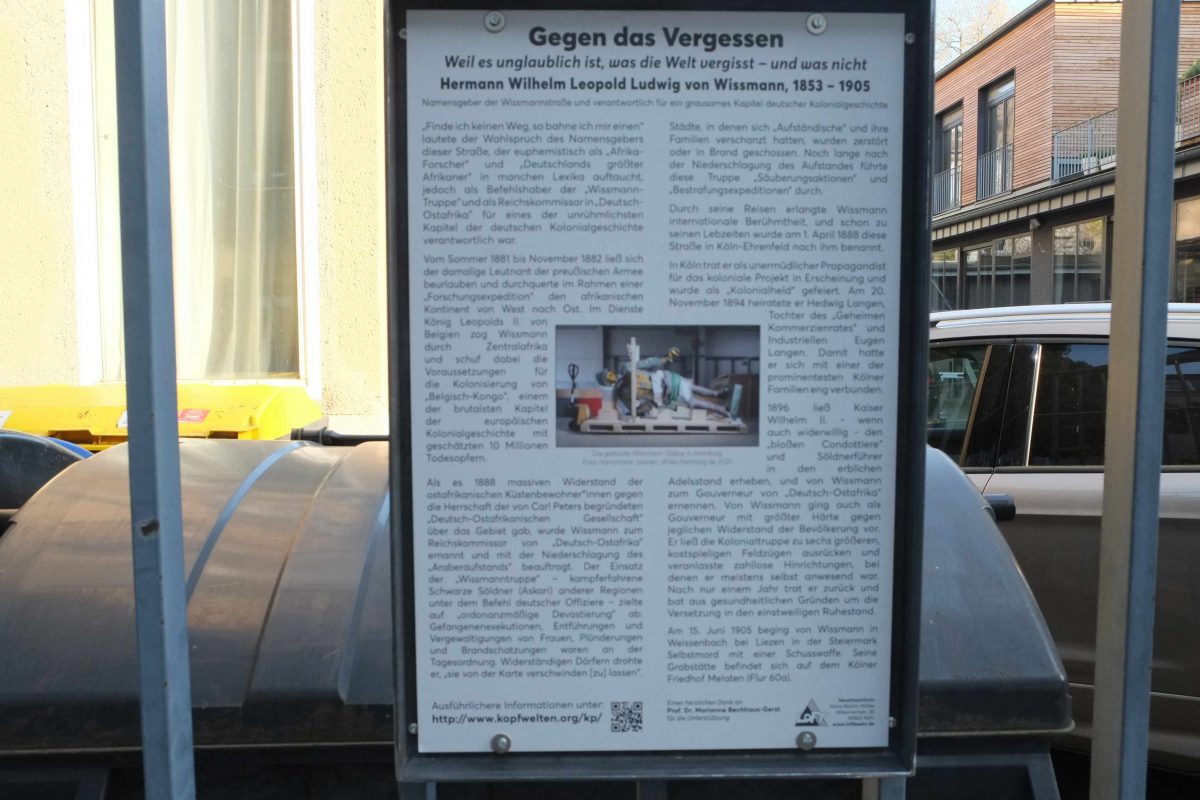 Since mid April 2021, we have been informing interested passers-by about the namesake of the street in Cologne-Ehrenfeld, the street to which Hans Martin Müller moved his LOFT in 1987 after it was founded in 1986 in the Kunibertsviertel, with a small display board in front of our courtyard entrance to Wissmannstr. 30.
The text – a condensate of Germany’s multilayered and inglorious colonial history and the role von Wissmann played in it – can be viewed here (German only).
We are grateful to Prof. Dr. Marianne Bechhaus-Gerst, as the text is largely based on the project “Köln Postkolonial” initiated by her, which we highly recommend for further reading (German only).