For five years, Pablo Held has been regularly inviting musicians from all over the world and from the Cologne scene to the Loft in Cologne-Ehrenfeld. Here they record, stream – and above all make music spontaneously at a dream level. New encounters that have never happened before are expressly encouraged. A new, purely digital compilation album takes impressive stock. 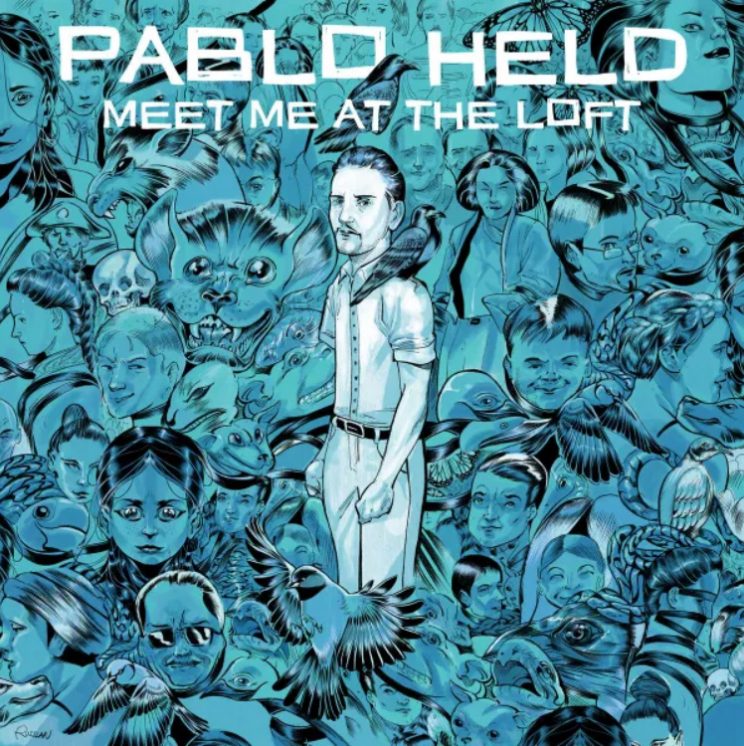 It is a luxury to be able to distil the very best of what happened from 20 different live recordings, often in epic lengths of up to 15 minutes each. The purely digital format of this album does not need to take into account any time limit of up to 74 minutes as on a CD.

It should be no coincidence that Pablo Held starts the album with Wayne Shorter’s “Nefertiti”, which is allowed to grow and branch out even more wildly here with Bo van der Werf, Florent Nisse and Iago Fernandez. Wayne Shorter is a declared idol for Pablo Held; both have often exchanged musical and communicative ideas with each other. Wayne Shorter appreciates Pablo Held’s “centredness, his inner speed and also this storytelling”. All the pieces on the album demonstrate what is meant by this. The piece Finding Zbiggy with Nelson Veras, David Helm and Guilhelm Flouzat is a fast-paced interaction. El Bardo with Jorge Rossy, Robert Silmann and Matthias Pichler captivates with its lyrical soprano sax line, which once again flashes the spirit of Wayne Shorter. The chamber music encounter on two pianos between Pablo Held and Johanna Summer marks a star hour of a completely different kind. The new chamber music jazz language of this young pianist proved to be extremely compatible with Pablo Held’s artistic philosophy. This is followed by a leap back in time to the wild virtuosity of the fusion era when Pablo Held “fuses” his Rhodes playing with a largely electric band. The playfulness of Gary Husband, John Schröder, Norbert Scholly and Oliver Lutz is unlimited here. More avant-garde encounters also regularly take place in the Cologne Loft. For this, Pablo Held brought relevant figures to the Loft: in this case, synthesiser artist Liz Cosack, cellist Elisabeth Coudoux, as well as Christian Lillinger and Robert Landfermann on bass. These free spirits also point wide-awake antennae at the musical diction of their host. People with distinct characters have many interfaces with different fellow human beings: Albert Sanz is a modern jazz pianist with Spanish-South American roots and a deep understanding of the jazz tradition. For Pablo Held, this is the field of reference for playing together on the cool jazz number “Bird`s Eye”. This probably most “classical” number is followed by another subtle kaleidoscope of harmonic interconnections in the piece “Seizing”, where Pablo Held was visited by Christopher Dell, Jonas Westergard and Leif Berger. The participants took plenty of time to breathe in the piece “Twenty Years”, an improvisation that sensitively explored new spaces. Kit Downes, Saen Carpio and jazz harpist Kathrin Pechlof came to the Loft for this piece. These are just a few examples of many more constellations in the almost 200 minutes of music on offer. Sometimes you forget that you are “on the road” with a compilation. For that, the recordings are too dramaturgically paused and breathe a common spirit, which ultimately always emanates from Pablo Held. Pablo Held’s personal union of leader and partner can be relied upon in all the pieces: his piano playing never becomes an end in itself. Listening to others always seems to carry a few grammes more weight than playing himself. This may also play a role in why so many musicians from various artistic contexts are on top form here.